Anatomy of Autonomy: Profile of a Self-Driving Truck

Two weeks ago, a big rig drove itself around Hoover Dam in Las Vegas, surrounded by flashing lights and screaming crowds. This world premiere wasn’t a sequel to Steven King’s Maximum Overdrive. With flourish and fanfare, Freightline’s silver and electric blue “Inspiration” rolled itself out before a cheering crowd. The world’s first self-driving Class 8 truck had just taken the inaugural victory lap on the world stage.

Daimler Trucks North America (DTNA), Freightliner’s parent company, rolled out this revolutionary SuperTruck on May 5, using the Dam as a video screen in the highest-ever light-output projection (toping the Guinness World Record) to showcase the autonomous truck’s features.

Introducing Inspiration on the Dam paralleled the two American engineering achievements. And just like an American, Inspiration is free–free (a.k.a. licensed) to operate on our country’s open public highways–with appropriate chaperoning, of course.

If the image of a 16-ton silver and electric blue truck barreling driverless down a highway makes you nervous, prepare to be reassured. Autonomous features are designed for greater safety and control for the driver and others on the road (it’s 700 lbs lighter than the average trailer, too). Advancements in truck autonomy are expected to improve fuel consumption, cut congestion, and reduce accidents, as well.

Revved for the Challenge

In 2009, the U.S. Department of Energy (DOE) launched the $115 million “SuperTruck” initiative, challenging manufacturers of Class 8 trucks to develop 50 percent more fuel and heat efficient tractor-trailers by 2015. At the time, 5.8 mpg was average for Class 8 trucks, which include most tractor-trailers and 5-axle combinations, known as “semis” or “18-wheelers.” Class 8 trucks can range from 33,000-80,000 lbs (loaded to unloaded), so every mile gained in fuel economy can make a difference of thousands of dollars per truck per year.

Then at the 2015 Mid American Truck Show, DTNA unveiled their DOE SuperTruck prototype, announcing an incredible 12.2 mpg achievement, a 115 percent freight efficiency improvement, way beyond expectations of the DOE.

Five weeks later, on May 5, Freightliner’s Inspiration drove on to the Hoover Damn, introducing the world to the first autonomous truck legally allowed to operate on our nation’s roadways.

As an auto transport company, Montway has always strived to implement innovative solutions into the industry space and disrupt the business curve.

Inspiration sped past DOE goals, but is still a SuperTruck, maintaining DTNA’s 12.2 mpg and an overall 115 percent freight-efficiency increase. It’s a hybrid, charged with not only stored kinetic energy, but also solar power from panels lining the roof. AC runs entirely off the hybrid system. Built of lightweight materials, streamlined, and aerodynamic, the Inspiration SuperTruck brings together a ton–pun intended–of cutting-edge and experimental tech to far exceed the DOE’s requirements.

Highway Pilot to manages the autopilot on open highways, linking together camera and radar technology used in many modern safety features. For example, Freightliner’s Cascadia Evolution, on which the Inspiration was based, features active cruise control (ACC) and brake assist.

In the Inspiration, Freightliner’s ACC Plus controls distance and speed, from driving to stopping. Radar scans for vehicles nearby and ahead at a range of 828 ft. Camera systems, which have a range of 328 ft., recognize lane markings and communicates to the steering for autonomous lane guidance and alerts. The electric blue light is part of the tiny camera which DTNA hopes will eventually replace side-view mirrors, reducing drag and blind spots.

Inspiration is a Level 3 of the autonomous vehicle; Class 4 would mean totally self-operating. When the system encounters a situation it can’t handle, it notifies the driver and switches back to manual mode.

The world’s self-driving truck took the curve atop the Hoover Dam with ease, although changing lanes required takeover by the driver, Al Pearson, DTNA Engineer of Product Validation.

Freightliner calls the Inspiration the future of trucking but assures that drivers will remain firmly behind the wheel. Today’s truckers already benefit from many automated features, such as anti-lock brakes and cruise control. Autopilot is used in airplanes every day, but we still need a pilot!

“The driver is a key part of a collaborative vehicle system,” said Richard Howard, DTNA Senior Vice President of Sales and Marketing. Autonomous driving only kicks in on the highway and at a certain speed. The autonomous system maintains legal speed and safe distance keeps to the selected lane and will slow or stop the truck as dictated by traffic and road conditions. The truck can’t navigate regular roads, change lanes, enter or exit the highway, or dock, by itself. The truck cannot translate (i.e., read) or respond to road signs or traffic lights.

From Drivers to Logistics Managers

Autonomous trucking is more likely to help than hinder trucking jobs, according to DTNA. For example, regulations on shift length and time could change if DTNA can prove the auto mode reduces driver fatigue. Over monotonous highway miles, Inspiration’s autonomous features increase safety, reduce driver stress and fatigue, and optimizes time available to manage business and dispatch tasks on the road.

Inspiration’s automated system allows the driver to take feet, hands, and even eyes off the controls, but not his or her mind off the road. “We need an attentive driver,” said Pearson, who states the same rules–such as no texting nor napping–still apply in Inspiration’s driver’s seat.

Even while the automated system is running, allowing the driver to manage logistical tasks from a hand-held tablet, the driver remains in control of the vehicle at all times (touching brakes or wheel instantly overrides autopilot), still controls all decisions, and is alerted to take control under many situations.

DTNA isn’t the only manufacturer to produce impressive SuperTruck results.

Peterbilt-Cummins was the first to develop a SuperTruck tractor-trailer that showcased a previously-unimagined 10.7 mpg and 68% in freight efficiency (over 24-hour duty-cycle, 50% improvement on an 11-hour -cycle), in February 2014.

This first SuperTruck milestone was unveiled just days before President Obama, the Environmental Protection Agency, and DOT released 2016 goals for fuel-efficiency standards in medium- and heavy-duty trucks. These were the most severe fuel economy standards to date, targeting a 100 percent fuel efficiency increase for both cars and trucks by 2025.

The White House report Improving the Fuel-Efficiency of American Trucks (2014), stated that all four teams were on their way to achieving the projected percent fuel economy increase.

Class 8 trucks not only move 80 percent of U.S. freight, but they also utilize 20 percent of our fuel consumption. According to the Nation Highway Traffic Safety Administration, 4,000 people were killed in 333,000 large-truck crashes in 2012. Autonomous driving is seen as the solution to safer highways, where driving becomes easier for computers and more dangerous for drivers, susceptible to everything from distractions to drowsiness. Therefore, it makes sense to prioritize the development of more sustainable, efficient trucks.

As previously highlighted, Automation Research is a high priority for the Department of Transportation (DOT). The SuperTruck initiative cuts across DOE and DOT subprograms in engines, systems, and material tech, from development and deployment of AV and V2V communication, to infrastructure-based solutions and related systems.

Fueled by the success of the original initiative, DOE’s 2016 budget prioritizes SuperTruck II, targeting a 100 percent efficiency (based on 2009 baseline) by 2020. As incredible as is the Inspiration herself, we know she will inspire even greater trucks of the future.

Don’t hesitate to get your free auto shipping quote!

How Monitoring Motorcarriers Moves Us All

Top Tips for Finding the Best Trucking Companies Near You 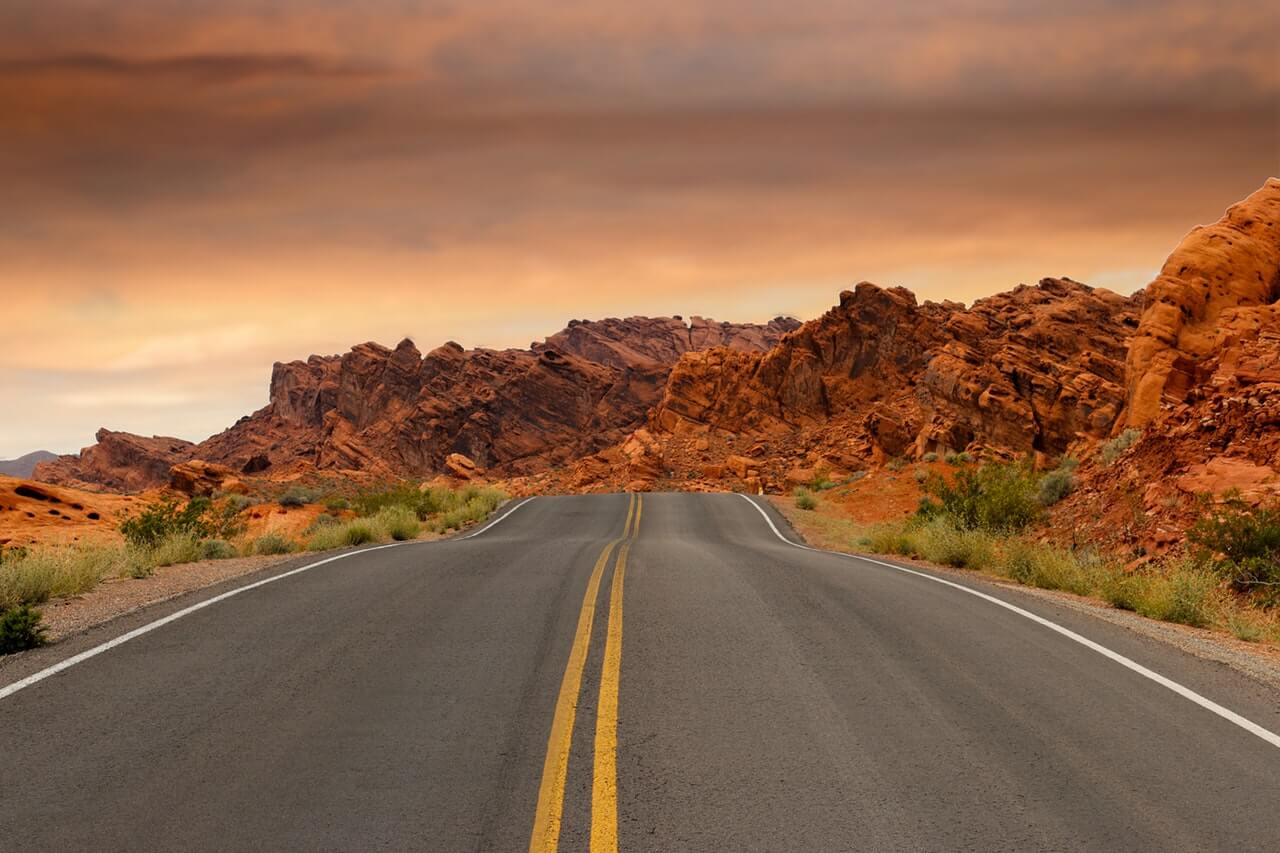 Cost of Shipping a Car Across The Country